The Ballito Magazine
The Ballito Magazine
It takes a different kind of person to delve deep and not only transform their body, but transform their outlook on life, their persona and their viewpoint on the world. Going to gym for the physical and aesthetic benefits is one thing, yet going into a workout knowing you’re working on primal instincts along with conditioning your mind and every fibre in your body, is a whole other ball game. Terence Mitchell understands this ‘all-in’...

It takes a different kind of person to delve deep and not only transform their body, but transform their outlook on life, their persona and their viewpoint on the world. Going to gym for the physical and aesthetic benefits is one thing, yet going into a workout knowing you’re working on primal instincts along with conditioning your mind and every fibre in your body, is a whole other ball game.

Terence Mitchell understands this ‘all-in’ approach to training because that’s the type of man he is, but more importantly it is also how he trains himself and how he coaches his clients. He didn’t start out being this in sync with himself or his training regime, it’s been a progressive journey over 20 years where he’s juggled highs and lows, taken a few blows and has had to find the tenacity and mental willpower to rebuild himself after losing almost everything. 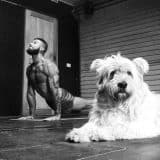 His story starts at the tender age of 15 when he first started training – using hard steel and heavy weights to channel pent up frustration and aggression (not unusual in young teenage men trying to harness the testosterone surge), but fast forward 15 years and Terence had been dedicated and consistent, amassing a wealth of knowledge and experience in conditioning and training. He also had taken a few knocks along the way as his first stab at business domination didn’t pan out the way he thought it would – he had closed his first gym in Ballito to chase dreams of a bigger and better offering in Umhlanga, only to realise how tough that was, how fickle customers can be and how brutal business is if you’re not skilled enough. It ended in him having to shut it all down, and walk away with nothing. Without much of a plan or direction, and with time to reflect he realised he had been using weights as an outlet to hide deeper issues he needed to work through. His epiphany was his need to pivot both mentally and physically to tackle his next season in personal training and business.

Having trained for 3 years in Muay Thai locally, he decided to train in Thailand itself, working many hours a day to hone his skill. The experience taught him that physicality and strength did not come from lifting heavy weights, but from the knowledge of one’s own body. “I was too tight, not flexible enough, I didn’t have the conditioning or mobility and it was the wake-up call I needed. I embraced the change and put in the gruelling work needed to transition myself and my own training. This meant training in the most natural and brutal way, commonly known as calisthenic training, which are exercises consisting of various gross motor movements such as running, standing, pushing and grasping, often performed rhythmically and with your own body weight.”

The mental strengthening became an incredible by-product of the switch training technique, “I needed to ground myself into a way of training that could carry me through into my 50s, 60s and 70s”. Feelings such as selfishness, egoism and anger are what turned Terence towards a different avenue in life and now, training himself and his members from his home, while pursuing and focusing on his evolved training methods, he can further dissolve his armour and help others discover the brute power of their own bodies. Terence says having used calisthenics exclusively for the last 11 months, he can attribute his results to the fact that he built a solid foundation of strength and physicality over the 15 years using proven compound exercises. Essentially, before he ever did a single Hindu squat he had barbell squatted 500 pounds for reps. 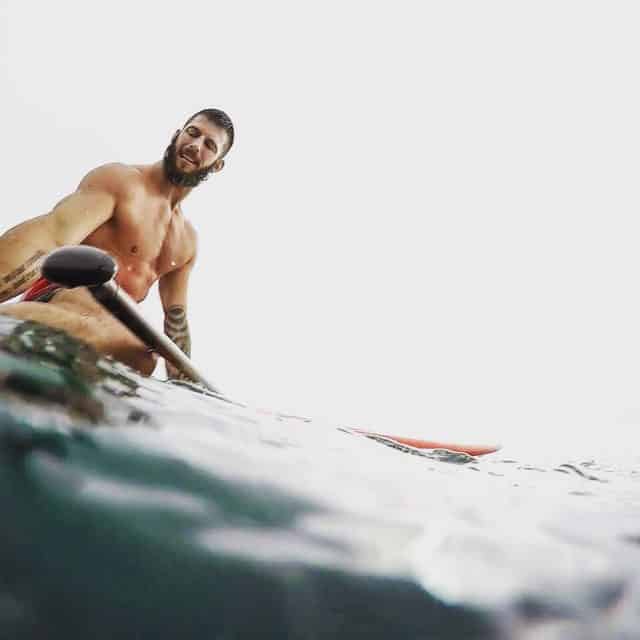 His business today is very different to what he built before. Working with carefully selected local clients and a growing base of international customers, Terence is deeply invested in guiding each of them to achieve their best results while smashing mental perceptions and limitations.  While his own highly admired and respected personal programme is unbelievable and widely followed he is also acutely aware that each client is on their own physical journey and has different conditioning and training needs – an attested fact as one his less ‘conditioned’ new clients. This new model has had 20 years of investment into it and Terence’s new mind set and bullish approach is exactly what his customers crave.

So what lies ahead? Committed to learning and growing in the harshest conditions and learning from giants in their industry, Terence will continue to strive for improvement, for himself and for those he trains. His mindset is a little unique but it is intrinsically him, authentically him. He says “I made the decision to toil for that which is worth living for, and if the need be, worth dying for. I made the decision to endure for my own truth as opposed to facilitating further deception or ideals in which I’d placed too great an emphasis and too irresponsible a hope.” To understand this you only need to understand his recently completed, self imposed challenge, the 600replife.

Terence explains that #My600replife helped him transcend physical fitness and enter into a realm in which he’s always felt incredibly overwhelmed and ashamedly clueless: the realm of fiscal fitness. He now understands and appreciates the fact that success in both arenas hinges upon the same principles; both are intricately intertwined and deeply connected – the ability to push through boundaries of all sorts. It was about moving forward in an unrestrained, unbridled and noble fashion; being brutal with limiting beliefs, bad habits, and lame excuses and remaining noble toward a true calling with a clear purpose and a healthy obsession.

I’ve enjoyed getting to know Terence and look forward to my mornings with him. The value that is a result of his very personal, very different journey, is tangible and liberating and I admire that he isn’t afraid to share his lows or that he’s not driven by the typical pep talks but from something a little more fierce and feisty. The cool thing is that it’s working for him, really working for him and he deserves all the success coming his way.