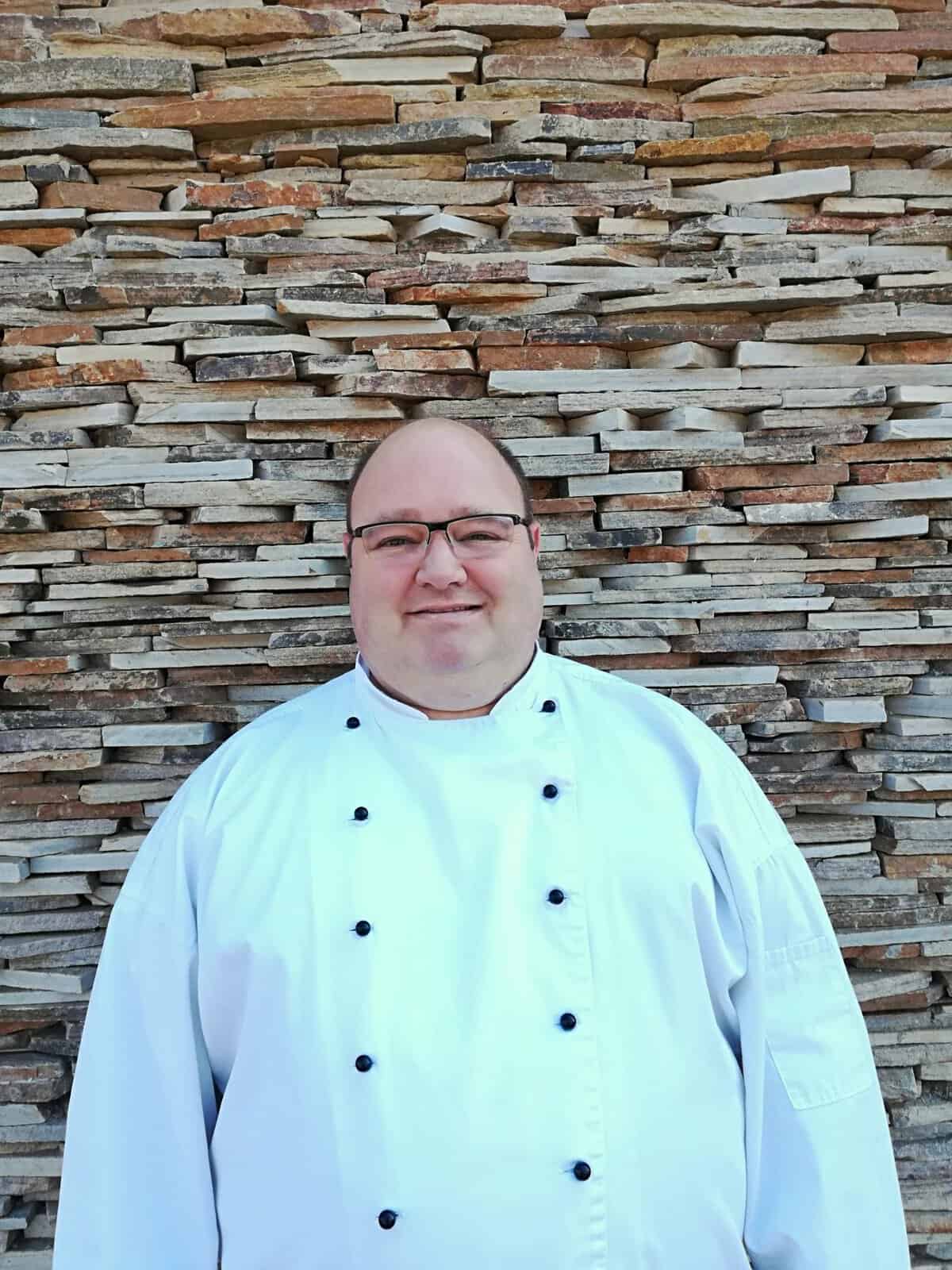 Simbithi Country Club would like to officially welcome our new Executive Chef, Gary Opperman. Chef Opperman takes over the reins at an exciting time in the Simbithi story: with our kitchen having recently undergone an extensive renovation and our beloved Fig Tree Restaurant re-opening earlier this year.

Chef Opperman took an interest in cooking at an early age. “My grandmother used to bake all the time, and that’s where my passion was first developed. She would bake cookies, and let me help her make the dough. Getting my hands messed with dough, feeling the texture and tasting the different cookies: these are my most special, earliest memories of the kitchen. After matriculating from Stanger High School, Durban-born Chef Opperman graduated from INTEC College with an Advanced Gourmet Cooking Diploma and completed his in-service training at Wits Hotel School.

His culinary expertise has taken him around Africa: he has headed up the kitchens at the Hilton Curio Legend Hotel Lagos Airport and Radisson Blu Anchorage Hotel in Nigeria, Rani Resorts in Indigo Bay, Mozambique and the Tsogo Sun Garden Court Kitwe and Edgar Chagwa Lungu Convention Centre in Zambia – his most recent. Locally, Chef Opperman gained recognition for his outstanding work at the Tsogo Sun Drakensberg Sun Lifestyle Resort, the Tsogo Sun Garden Court Umhlanga and Fairmont Zimbali Lodge.

A member of the South African Chefs’ Association, Chef Opperman is proficient in an array of cooking styles, including German, French, Italian, Danish, Sushi, Indonesian, Mexican, Mauritian, Central African and Cape Dutch. His favourite, however, is anything Asian. “I love cooking with Asian flavours; Chinese, Japanese…anywhere I get to play with a combination of sweet, salty and sour!” As a Chef who started out in pastry, he also enjoys the art of creating a masterful dish.

While he has cooked in some of the most beautiful parts of Africa, and catered for weddings of up to 3500 people, one of Chef Opperman’s best memories in the kitchen is witnessing the development of a unique, deaf-friendly kitchen at Garden Court Umhlanga, in 2010. “Four deaf chefs were brought into the kitchen. We used different coloured lights and chalkboards to communicate, and trained the staff in basic sign language. So many people thought it would be impossible to have a deaf chef in a noisy kitchen, but watching that unfold was truly special and something I won’t easily forget.”

Now, returning to South Africa to take up his new position at Simbithi, Chef Opperman is enthusiastic. “I’ve been out of the country for a while, and I cannot wait to come down to the North Coast! I have learnt, and grown, so much in my travels and it is going to be fantastic to bring this experience to Simbithi. I want to bring a wow factor to the kitchen, and really be the talk of the town. One is never too old to learn, though, so I look forward to meeting the team at Simbithi and working with them.”

Simbithi Eco-Estate and Country Club General Manager Malcolm Samuel is excited to officially welcome Chef Opperman to Team Simbithi on 1 August, 2019. “I am sure Chef Opperman will find our community to be warm and welcoming, and we look forward to having him on board.”

The Woods - Homes Under R1 Million