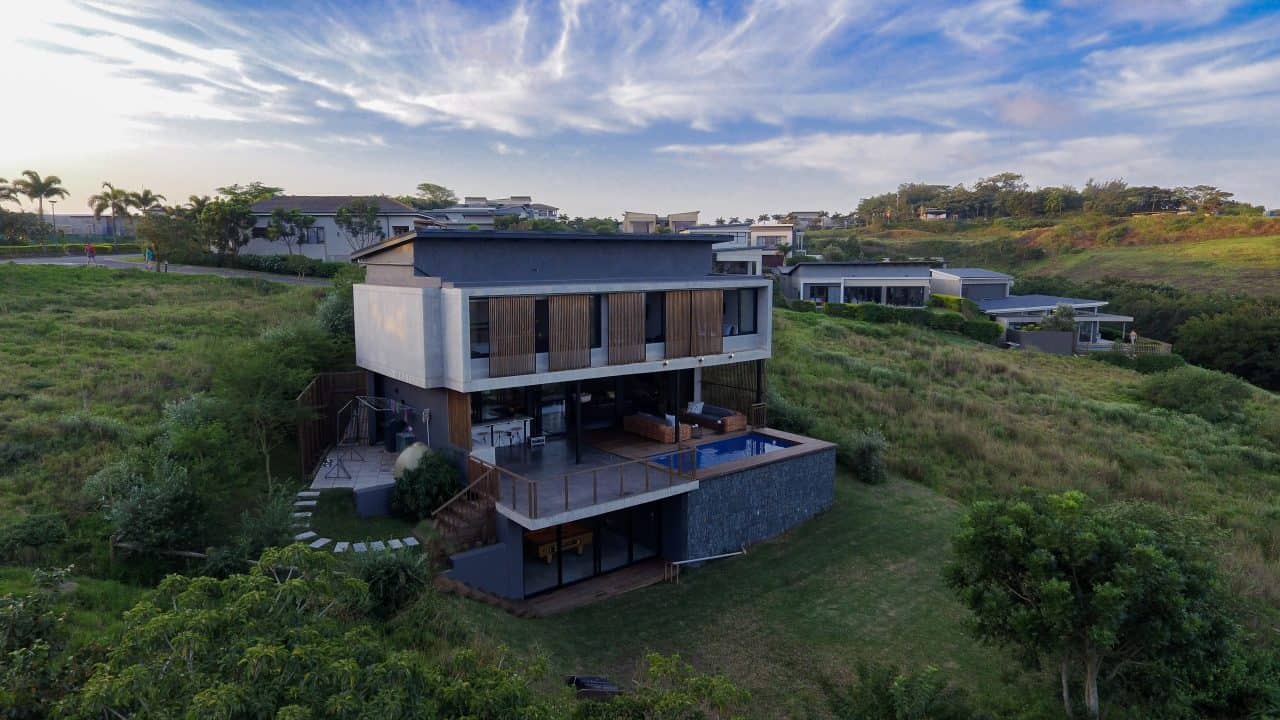 Over the past 18 months Palm Lakes Estate on the North Coast has seen its property trade curve turn upwards with both the number and the value of properties being bought and sold increasing, says Tim Johnson, Principal of Seeff North Coast.

“When this estate was initially launched just over 13 years ago it was unknown and was perceived to be a distant estate offering entry level affordability positioned “too far” from Ballito.

However, with the rapid expansion of the North Coast and more and more master-planned developments creeping closer towards Palm Lakes Estate, this estate is now regarded as part of Ballito’s many developed estate offerings”.

Johnson says while the initial home offerings in Palm Lakes were often equated to be entry level – being priced at R600 000 to R700 000 for a two bedroom apartment in The Palms Apartment blocks in 2011, today these apartments are selling for R 1.4 million!

“Townhouses at Sunset Place development – which were launched at approximately R1 050 000 are being traded today in the R 2 million mark and in 2013 newly built stand-alone three bedroomed 250 square metres homes were being sold for 1,8 million, but in 2018 the average price for these sized homes was around the R 2,8 Million price mark”.

Johnson says the increase in semi-gration to Ballito has seen more higher-income professionals moving to this area which has also resulted in a surge of new quality homes being built in the estate with a greater emphasis on architectural design, increased size and higher quality finishes.

“Most of the homes built here in the last few years have been by purchasers wanting a new home designed for their family’s needs and future life stages.

Taking all this into account, the property market in Palm Lakes has shown robust growth in both sales and increasing prices over the past four years. Homes that are over 400 square metres in size are now being built and are being marketed for over R 4.5 million”.

Johnson continues this noteworthy change is also being reflected in the larger transactions now occurring in Palm Lakes Estate.

“This month for instance an agent from Seeff concluded the highest sale conducted this year so far – being over R 5.1 million for a contemporary multi-level home just over 400 square metres. Sales like these certainly illustrate investor confidence in the estate.

With the expansion of retail centres both at the Tiffany’s Centre and also at the New Salt Rock City Centre the positioning of Palm Lakes has also become even more attractive as these commercial centres are easily accessible.
Palm Lakes could even be considered to be in a growth corridor – placing the estate in a very favourable position for further evolution.
KwaZulu-Natal will soon be welcoming the first Club Med Beach Resort to South Africa and this will be located a mere four km from Palm Lakes Estate on the coastline at Tinley.
According to reports, this Club Med Resort will have 350 rooms and 50 villas, with an exclusive beach in a beautiful bay.
The resort will be built on an area of 30-hectares and offers the benefit of combining a beach destination with the “Big Five” safari reserves approximately two and a half hours north of Tinley and Palm Lakes Estate.
This location is also approximately 20 kilometres from King Shaka International KwaZulu-Natal”.
For further information on Palm Lakes Estate and what is has to offer contact Scott Whitaker on 072 725 9633 or on his email:scott.whitaker@seeff.com

The multi-level home featured below was sold by Seeff for the record price of R5 195 000 in Palm Lakes Estate this year. Palm Lakes is in its exuberance stage where homes are in demand and showing above price appreciation.