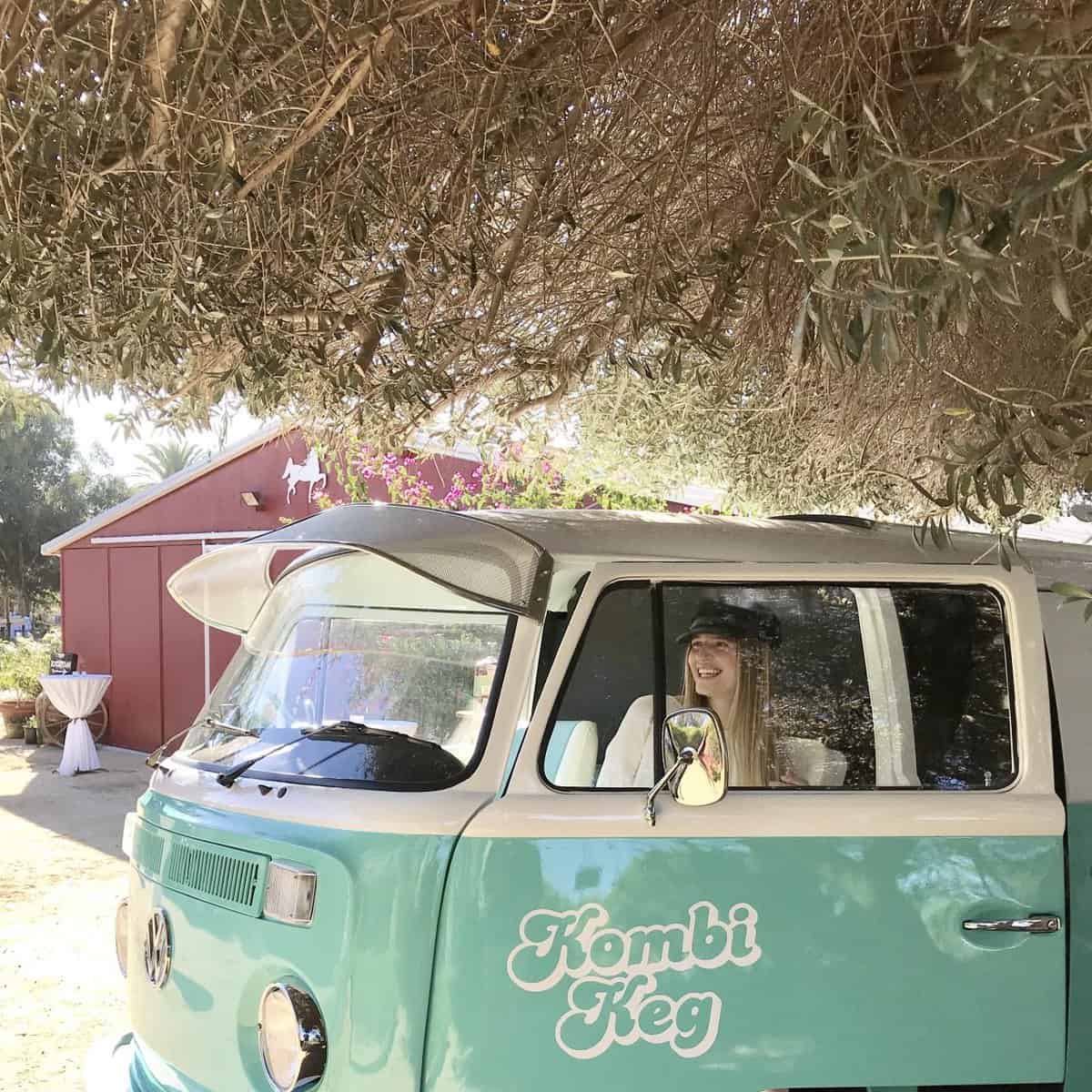 To not give a second look at the Tiffany-blue 1973 VW Kombi isn’t just rude, it’s unheard of! Ntombi (which means “girl”) is the name given to Ballito’s very own Kombi Keg by the three musketeers who have brought this Aussie franchise to our sandy shores. Maxi-Lee Machado, Gareth De Lange and Ryan Beaumont are all about providing a unique and memorable experience for their customers, no matter what the event. The concept of Kombi Keg began in Australia when the founder of the franchise, Phil Hoken, built the first one with the help of some of his close friends. Originally, it was conceived as a private project and solely for personal use, but when pictures were posted on Facebook after a birthday party, people in Australia went crazy and the Kombi Keg franchise was born. Kombi Keg is now an international franchise with Kombi’s in the USA, UK, Switzerland and even the island-paradise of Bali.

The Kombi hails from Nelspruit and is the master licence-holder for Kombi Keg South Africa. I know, fancy — right? However, the Kwa-Zulu Natal team has added a few personal touches to Ntombi, making her as local and lekker as possible. The Kombi Keg is the life of any party, but then what wouldn’t be if it came with three tubs for bottled drinks, a Rockford sound system to boom out some summer jams and a pop-up 55” flat-screen TV to display photographs, price lists, movies, PowerPoint presentations and even live video feeds. Imagine your friends and family tuning in to the good vibes from wherever they are in the world because it really wouldn’t be a party without them. “We believe that the classic look and the extras, such as the TV, make Ntombi a perfect fit for any occasion, whether it be laid-back summer fun on the beach or a classy Midlands wedding,” says Ryan. My least-favourite part of a party is continuously tripping and stumbling over extension cords, so imagine my delight to find that no power is needed as the Kombi has a built-in cooling system which means it can go just about anywhere and still serve up ice-cold drinks. Ntombi is also fitted with six taps and the Kombi Keg team can fill up their bio-degradable cups with anything that floats your boat (that’s right, they’re environment-conscious) and serve your guests on either their gnarly surfboard or classic wooden bar counter. Going forward, the team has been discussing the possibility of starting an educational programme at some of the schools in underprivileged areas and are currently looking at targeting the areas of nutrition and the environment, two major issues which these guys are passionate about.

When asked about Kombi Keg’s enormous worldwide success, Ryan says that it comes down to what the franchise has been based on to ensure its growth, such as having the right people in the right positions, focussing on what they’re  good at and listening to their hearts, but never ignoring their heads. Cruising off into the sunset, these three men-on-a-mission aim simply to provide lasting memories and cold beverages. “Cheers for Beers,” laughs Ryan.

“What we can definitely guarantee is that Kombi Keg is more than just mobile bar hire; it is the epitome of classic style, with a sophisticated twist of vintage and a modern take on fun,” says Ryan, and I couldn’t agree more!

Happy Valentine’s, to Me