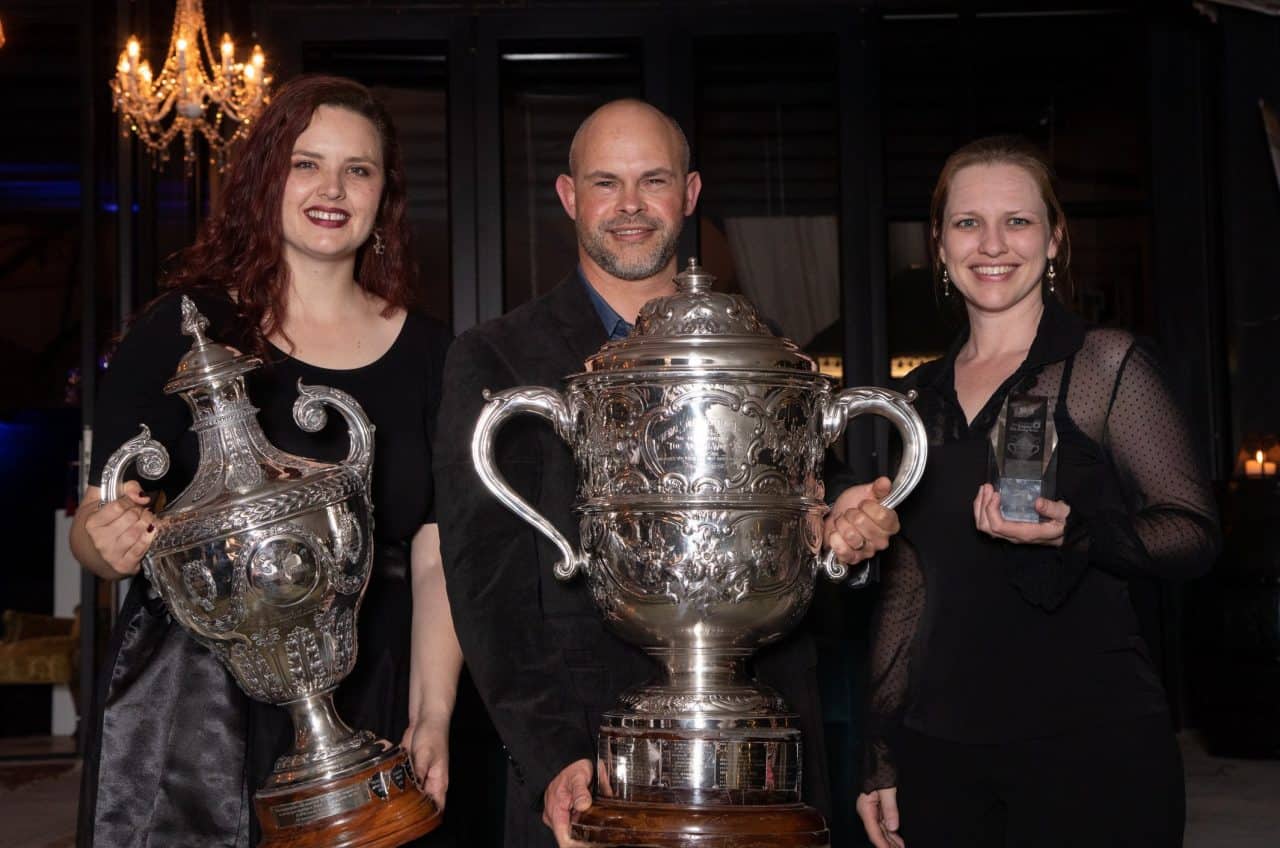 The South African Young Wine Show gives winemakers the opportunity to showcase the best wines of the current vintage. This year, Flagstone’s un-wooded Sauvignon Blanc claimed the competition’s most coveted General Smuts Trophy as 2019’s Best SA Young Wine. This is the second time Flagstone has achieved top honours as overall champion at the SA Young Wine Show, following 2010’s triumph with a Sémillon. In addition to the General Smuts Trophy, Flagstone’s 2019 Sauvignon Blanc also won the Best White Wine of the Region. This Sauvignon Blanc will be used to make Treaty Tree, which will be bottled at the end of September.

The South African Young Wine Show, presented annually by the South African National Wine Show Association, is reportedly one of the oldest wine shows in the world, dating back to 1833, allowing winemakers to showcase the best wines of their current vintage.This year’s show drew 115 Sauvignon Blanc entries from a total 1455 wines judged. This is the fifth time in the competition’s 187-year existence that a Sauvignon Blanc has won the Best Young Wine and Flagstone’s 2019 triumph makes it the 68th winner of the General Smuts Trophy. The SA Young Wine Show is the showpiece of quality new made wines each year. Participating regions include Robertson, Worcester/Breedekloof, Stellenbosch, Paarl, Oranje-Vaal, Olifants River, Swartland and the Little Karoo.

“Despite the slightly smaller crop, wine lovers can expect good quality wines from the 2019 vintage. There were fewer bunches with smaller berries, which contributed to increased flavour concentration. The wines are generally characterised by good acids, sugar and elegance, which are signs of good quality,” said Francois Viljoen, manager of VinPro’s Viticultural Consultation Service.

“Winning the General Smuts trophy for the second time is a dream come true. It is a very big honour and privilege and I could not have done it without my entire team at Flagstone. After a difficult 2019 vintage, this is the greatest reward for us,” Comments Gerhard Swart. Congratulations to our Head Winemaker Gerhard Swart, Mia Boonzaier, Willene Bester, our cellar staff and the creative genius of the Flagstone Winery!