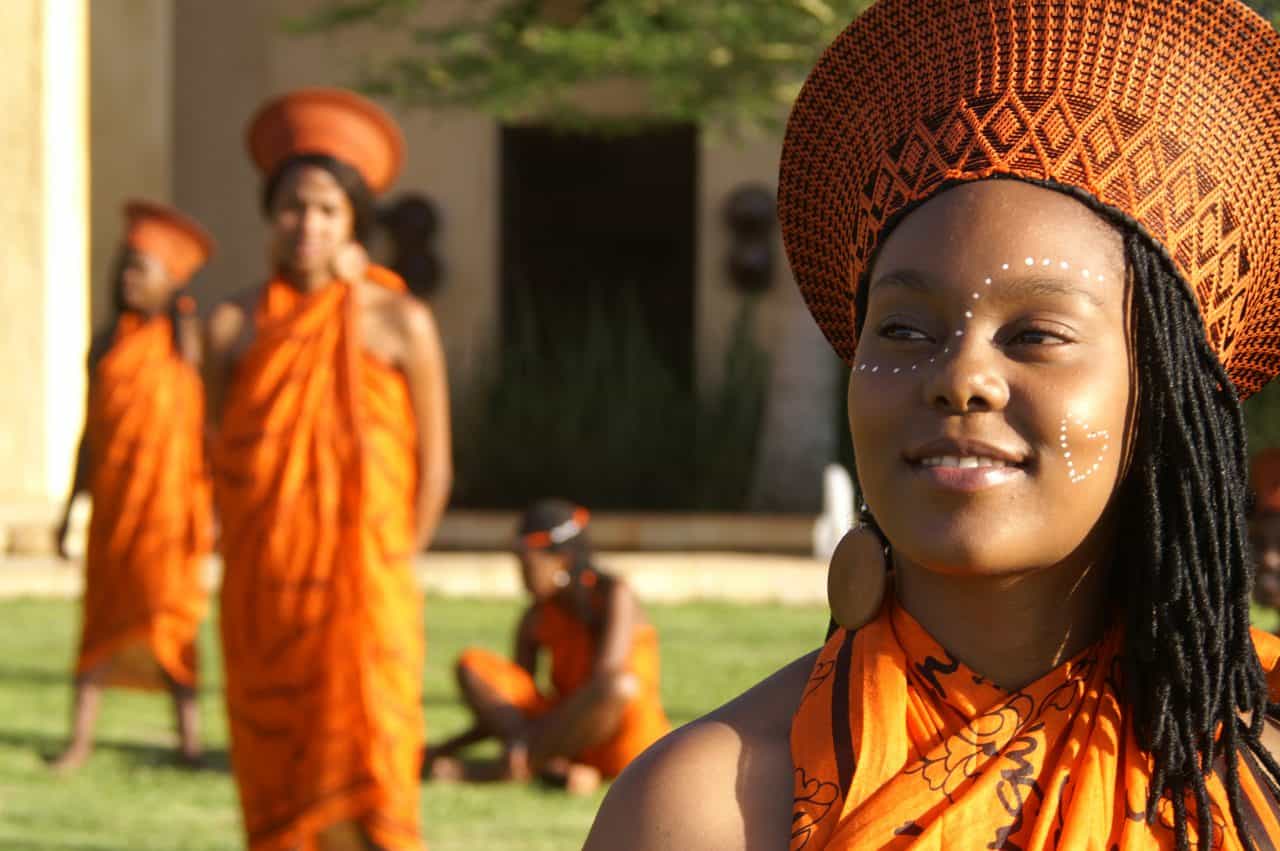 You would be hard-pressed to find any massage-loving individual who has not heard of – or had the ultimate pleasure of experiencing – Africa’s iconic Mangwanani Spa. We all know the women of Mangwanani, clad in their orange attire and smelling like calming essential oils, but what about the story behind the brand? And more importantly, what about the one woman behind all of these women – the one that started it all…?

As I make my way to Mangwanani’s office in Ballito on my way to meet Erin Limbert, the CEO of the colossal brand, I am admittedly nervous to be in the presence of someone as esteemed as she is. I remind myself that I am about to enter the office of one of South Africa’s most successful businesswoman, and one whose brand holds several global awards, and has won Spa of the Year in South Africa for eight consecutive years!

As I step into Erin’s office, I get ready for a formal handshake but instead, Erin embraces me with that signature Mangwanani warmth, the brightest smile this side of the North Coast, and an immediate offer of something to drink. She speaks to her staff with an unexpected rapport, where they come across as family rather than employees, and there is none of the harshness of hierarchy usually present within large companies. Erin explains that were it not for the hundreds of people that make up the Mangwanani family, she and her company would be nothing. These are the kinds of people that I love meeting, and these are the kinds of stories that I love telling… 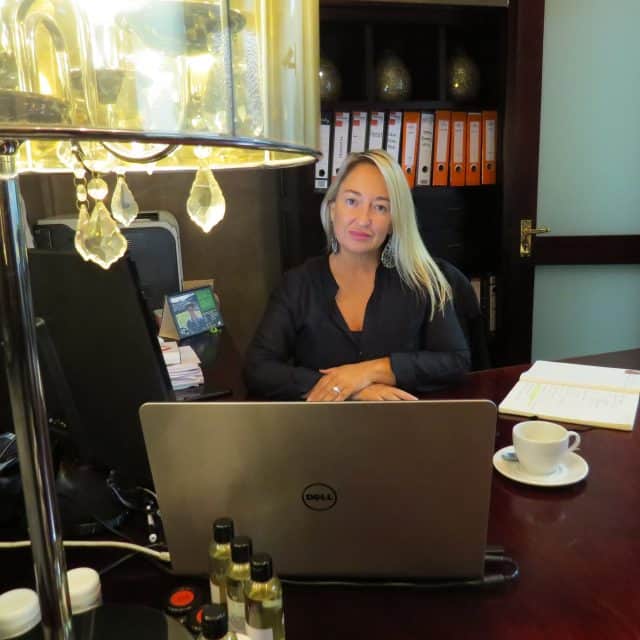 Erin, a brilliant businesswoman of remarkable humility and passion, began the process of creating Mangwanani years ago, when she lived amidst several farms near Hartbeespoort Dam. “Even though I had good corporate jobs in the field that I studied, which was finance, I always yearned for my own business but I never had the financial backing to realize my dreams.” That was until Erin worked up the nerve to pitch her idea of an African Day Spa to the Zimbabwean-born farmer from whom she had bought her property, after spending many hours chatting to and learning about the hundreds of black women working the farming fields for a pittance every day. Erin recognized the double opportunity of being able to create a concept that would alleviate their suffering, while simultaneously helping her become her own boss. “I am the kind of woman that pulled on a pair of takkies and walked around the farm fields to speak with the women I saw every day. My heart felt for them – to be working this hard for so little? And I knew the magic of the hands of these women, I already knew how capable they were of building a better life for themselves, and I knew that I could help facilitate that.”

The mother of three daughters describes her own upbringing as “exceptionally humble”. She grew up with very little extra money, and during the height of the apartheid regime, was taught to embrace the African culture and the inherent magic within it by her father, who believed in acceptance and equality. Her brand does not operate purely for profit, it is focused on her desire to uplift the women around her, and she maintains the initial impetus through continuing to stay true to her purpose. “I can tell you now that this company’s success is directly attributed to the other women who are involved here – the therapists themselves, my sisters who handle other aspects of the business, and my mom who is the staff nurse.” 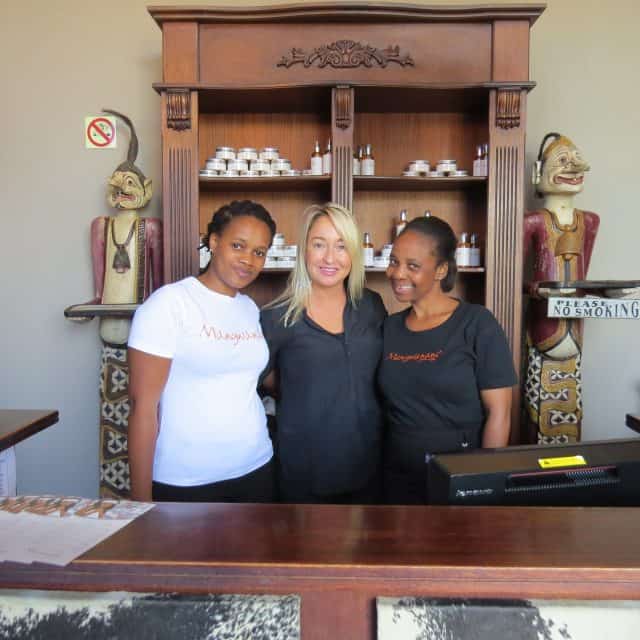 There are now three original spas, twelve boutique spas, two “occasion spas” and two kids spas under the brand. Several years earlier, when the brand began to take off in South Africa, Erin visited a famous African medicine man who confirmed that Mangwanani was Erin’s destined path, and that her spa would be a nationwide success. She had unknowingly chosen orange as the brand’s signature colour, and was surprised when the medicine man later informed her that orange was the African colour of healing. However, Mangwanani not only heals their clients, they heal the women that come to work for them too – just as Erin had always envisioned.

After meeting with Erin and witnessing the behind the scenes of Mangwanani Spa, it is evident that the brand’s success is rooted in her desire to uplift women by investing in the heart and soul of her business: the staff. Erin has remained the humble girl in takkies, walking through the fields while chatting to the women working with their hands – and that in itself, is refreshing to see.