I’m such a wedding person. I love weddings and anything to do with them. And when I heard about these two totally unconventional weddings – I was so excited to share them with you all.

LET’S GET MARRIED IN 72 HOURS

Have you ever heard of an engagement followed by a wedding a mere 72 hours later? Well, you’ve officially heard it first here! Jared and Storm Opperman got engaged on 8 September and just three days later, they tied the knot in Jared’s parent’s home in front of their immediate families and over 85 Zoom attendants. For Jared and Storm, who are two individuals who simply love to laugh a lot and enjoy life, their wedding was quintessentially them: simple, whimsical, and fun. “Storm is pure elegance,” Lisa, Jared’s mom says, and so it was natural for Storm to have opted for a simple and elegant white cotton dress from Zara, transparent gladiator heels, and a long veil (this was her number one wish) which she DYI’d and made from watching a 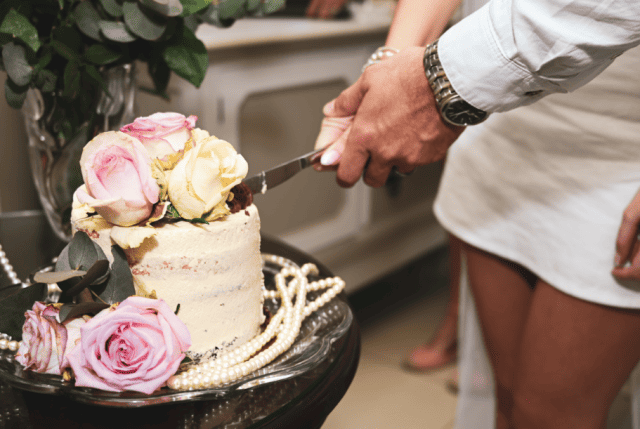 YouTube video the night before with some tulle and diamantés from Waste Centre. To say that their families pulled together quite the soiree for the newlyweds is a bit of an understatement. They divided and conquered the tasks at hand and knocked it straight out of the park. From grabbing snacks, a cake and flowers from Woolies, a bouquet from Love Laugh, bottles of champagne, asking Matt, Jared’s brother,

to set up his JBL speaker for music, getting Jared’s close friend, a talented local photographer Justin Faber to snap some pictures, to calling up Marc Poree from Grace Church to officiate the wedding and securing a post-wedding honeymoon suite for the happy couple. Absolutely no detail was forgotten! “It was organised in record-breaking time!” Lisa Opperman explains. After all the formalities were over, the cake was cut, and the lovebirds hit the town with their friends to celebrate their nuptials!

THE WEDDING AMONGST THE RIOTS 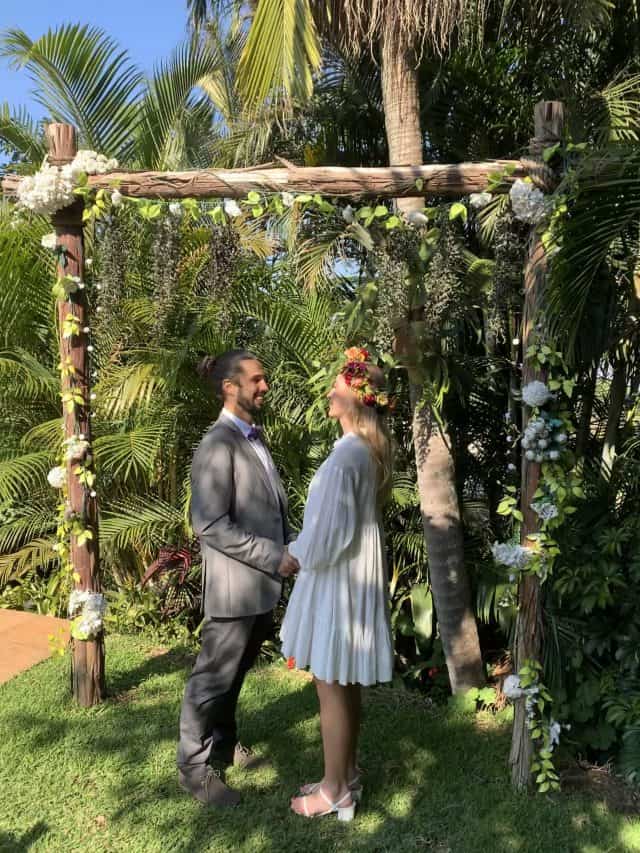 “Our “Riot wedding” was an impromptu decision. Fear and uncertainty had set in, and by the Wednesday of the week of the riots, we began thinking we may need to leave the country and considered the possibility that Nic and his mum, Antonietta, being Italian citizens, may become eligible for repatriation flights if the

situation continued to escalate. We discovered that the Italian government was only issuing Spousal VISA at that stage and if I were to join them, we would need a valid marriage certificate. By Wednesday evening our wedding was planned, the marriage appointment booked for that Friday, with Fiona from Nifty Nuptials, and a borrowed white dress from my friend Amy Walker. We asked two of our Ballito-based best friends, Juanene Boshoff and George Angelopolous to be our witnesses and hoped that Antonietta would be able to make the trip from Umhlanga by Friday (all routes were blocked and strictly

monitored).  Thankfully, by Friday morning, orders seemed to be returning to our communities however all the groceries stores remained closed and un-stocked. It was nothing short of a miracle! A few special people came together for the common cause of celebrating our love, and we pulled our riot wedding off. We ate whatever we could find, drank fine wine and were merry!” – Leah Acampora 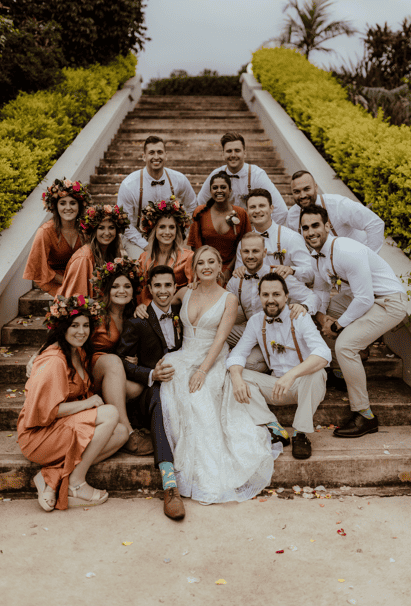 Fortunately, no repatriation flights were needed and Nic and Leah’s dream wedding was held on Saturday, 20 November 2021 at their dream farm-style venue, Sweethome Wedding and Functions in Eston. “It was everything you’d imagine and more”, Leah gushes. Leah wore an exquisite Jeannelle L’amour 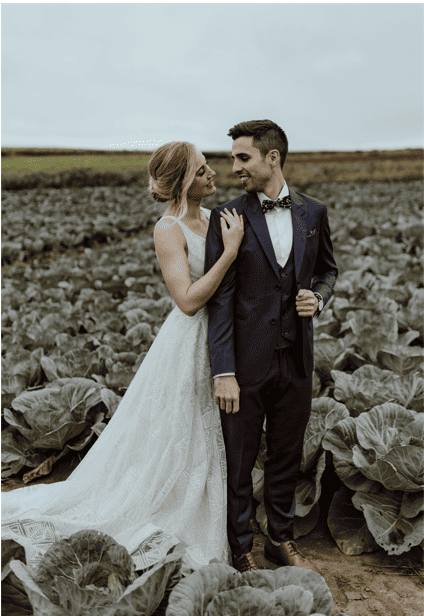 dress. “It was the first one I tried on, and nothing else compared”, she explains. Their ceremony was officiated by their dear friend Kirst Youens. With them being non-traditional, Nic and Leah wanted a message that they could carry in their hearts forever,

and the best part was that the legal work had all been done already so that there was more time to party! “We just had to have a champagne tower! We sipped good Italian Prosecco all night long!” she explains. “The Bennett family went above and beyond to ensure that our day was magical”, she describes.

Let's Walk Down The Aisle