The Ballito Magazine
The Ballito Magazine
We were lucky enough to be whisked away to enjoy a lovely safari camp in the deep North! From experiencing the depth of the rhino conservation issue in our beautiful country, to standing in awe of the majesty of elephants, Bayala Private Safari Camp provided these opportunities – along with designer drinks, exclusive meals and soft bedsheets to boot! 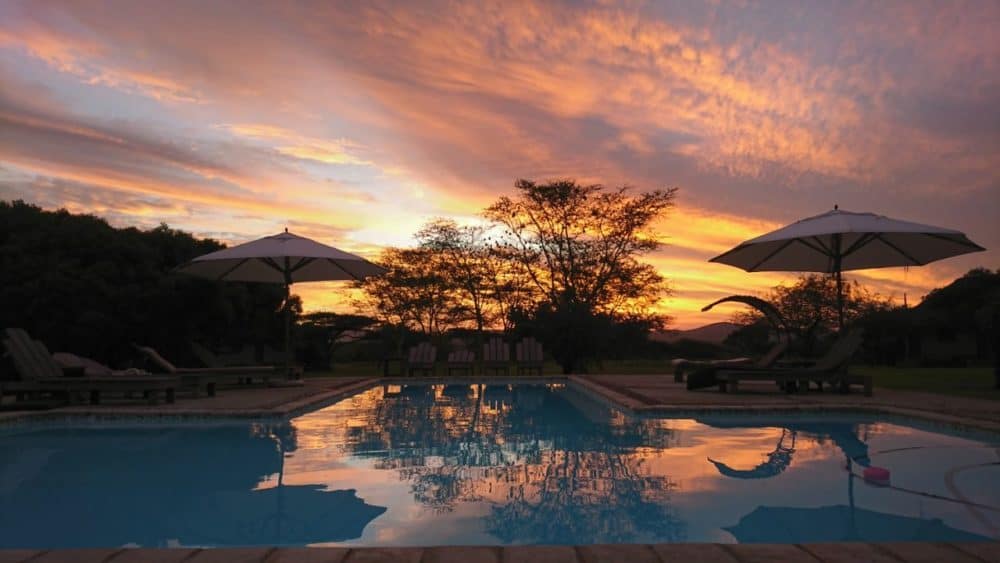 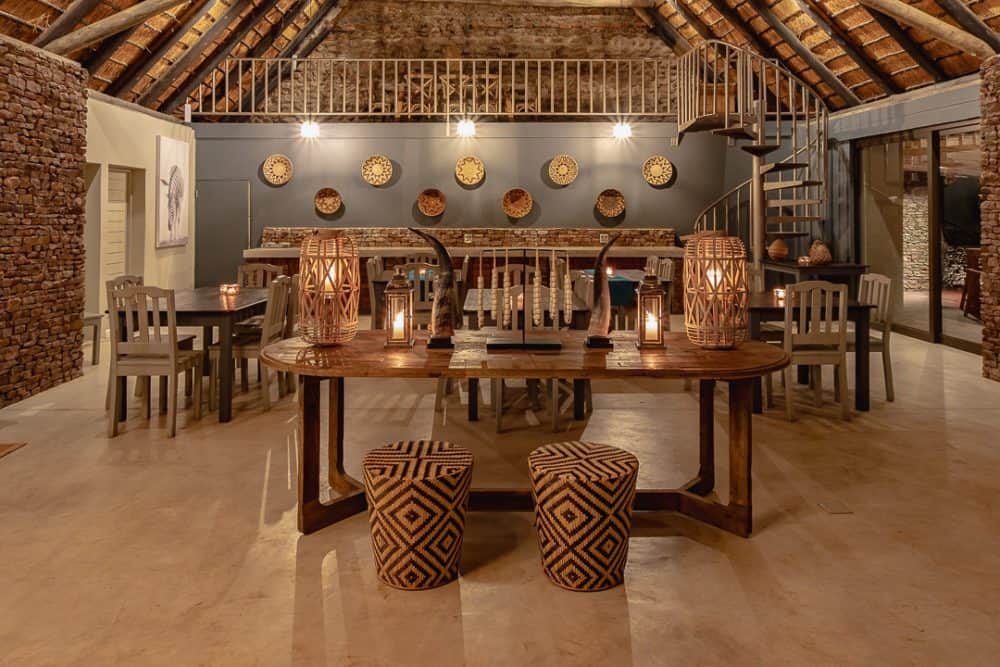 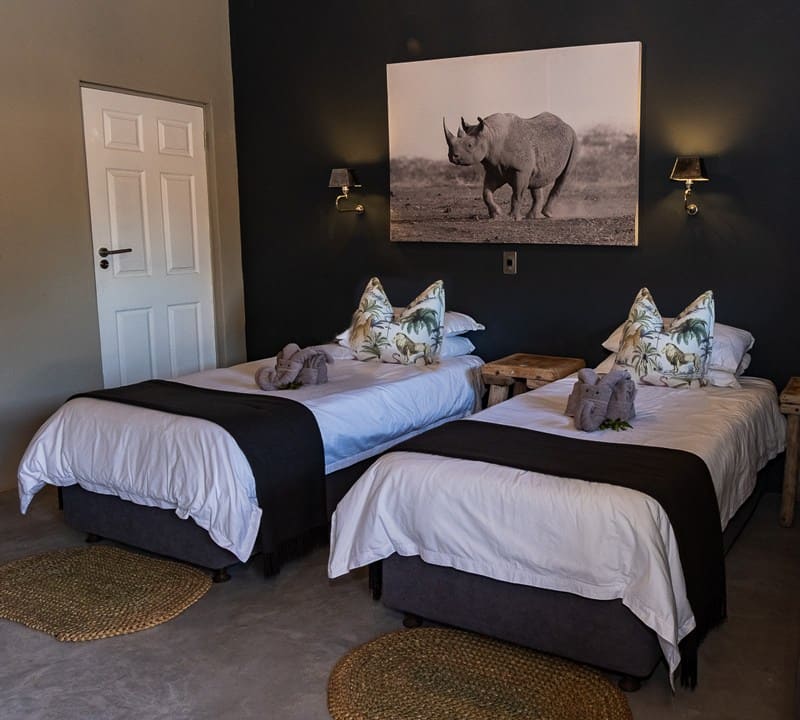 It’s not everyone’s cup of tea, but I must admit, I am a HUGE safari fan – game farms, lodges, camps and game drives are honestly my happy place (besides sand, beach, sun and cocktails).  Mmm, okay maybe it’s about getting away and experiencing all that life has to offer; but for sure, the bush makes my heart very happy.  For the longest time, we have headed South to  local game reserves, but we have never ventured North.  Well, when the media invite came to experience Bayala Private Safari Camp, I took a millisecond to think about it before replying, YES, YES – we are in!   An  easy 3-hour drive North and we were there, in the bush! Two metres into the gate we were greeted by a giraffe, OH YES, let the experience start!!

We arrived, with warm welcomes from Simone and Judy, a fabulous welcome drink and escorted straight to a light lunch! Game drive drinks ordered and what stands out straight away, is that service is top priority here.  After lunch we were shown to our rooms and we got ready for the 3pm game drive. Our very friendly and knowledgeable game ranger Dave made sure we were all comfortable and ready for a good 3 + hours’ drive.  Over the two days, obviously everyone wanted to see as many of the Big 5 as we could – but  me? Simple requests, I want to see PUMBA (those tails are just toooo much  cuteness), a warthog sighting – then I’m happy!  Within seconds, Pumba showed himself and then the rest was a happy bonus.  Elephants galore, all happily moving through the reserve munching and pushing down trees as they went. It was a surreal experience literally hearing trees fall and then seeing the herd, fantastic.  We then saw a lone female lioness, happily lazing in the grass, in absolutely no rush to move.  We sat with her a while, and we then tracked down a male lion, a few hundred metres away, but the other two sisters were nowhere to be seen.  We spotted the smallest leopard-back tortoise ever, crossing the road, we took a moment to get some pictures in and then let it get on its way. Animals galore and then we stopped for our much-needed drinks stop at a lovely watering hole, and then a lone young male elephant decided to have a drink stop too, another  awe-inspiring moment as this big boy was only noticed once we heard the slurp of water.  In the bush, being alert is a requirement , that is for sure!  Dinner was amazing and we headed off to an early retire to bed as the morning wakeup call was at 5.30am for a 6am drive!

The early mornings are always such an oxymoron, of extreme tiredness at the early wake up, but in the same breath extreme awareness that the bush is wide awake, activity is high already. What really stood out for me was how very green the North KZN bush is compared to the inland South side. The food for the animals is plenty, and it is just genuinely beautiful, bright green against the beautiful morning blue skies.  God was really showing off when he made sunrises, the bush, a plethora of animals, all for us to enjoy. And by the time the game drive is over, coffee and rusks have been enjoyed at the halfway mark, and you head back for a by now needed breakfast whilst the endorphins are high!  We had an experience like no other that morning. For me personally, it was a heart-wrenching one, I was both happy and sad, angry and at peace and absolutely horrified by the human race.  At Mun-ya-wana Conservancy, they made a very tough, but thoroughly-researched, and thought-out decision to de-horn all their rhino. It was incredible to see and get understanding of the entire process.  Understanding that these animals are always in danger (even with dehorning), this process needs to be repeated every 18 months as the horn, like human nails, grows back.  It is also a very costly exercise, but the expense is nothing compared to the extinction of a truly unique animal. The male rhino was identified, the process of darting was explained to us, the time limitations to keep him safe and the procedure explained, to ensure we  understood everything, was very serious. I touched a rhino – a real live rhino – and as a lump caught in my throat I walked away, it was too much to think that someone can be this close to this magnificent animal and then butcher it.  It was an emotional morning and being part of saving an animal, was incredibly humbling. I have never “got it” before.  I “get it” now. Since the de-horning process began two years ago here, there has  been no incidence of rhino poaching on the reserve. De-horning has become a costly necessity that is purely funded by guests and charities. Bayala and Cycle of Life play a significant role in the dehorning of rhinos on the Mun-ya-wana Conservancy. Guests can join the de-horning team for a life-changing experience and be part of this amazing conservation opportunity. For many, an early morning snooze is enjoyed, or time to quickly upload some pics to Facebook so that your friends all have some real FOMO.  (For this media bunch, it was a quick work catch-up and loads of chatter, especially after our experience).

Then another light lunch and ready for the afternoon game drive, repeat!  We found the sisters we had looked for the day before, and we watched them as they deliberately followed a dazzle of zebras. It was a close call, but eventually the zebra pack took a trot off into the sunset, while the sisters stalked away sulkily.  We were also treated to seeing a large group of rhino in all their glory. It is a special moment to see animals that are seriously being hunted by man, being so well-protected and cared for by a group of people with only have their best interest at heart. While looking forward, staring in awe, we heard Dave asking another ranger – in bush code – where the “brothers” had been spotted earlier. Binoculars up, and the next moment he moved the car a metre back and pointed, to the side of us where 50m away, the cheetah brothers were lying in the bush, only raising their heads every couple of minutes (the only reason he had seen them was because the one brother had moved his head!! OMGEEEEE, respect the bush at ALL times!)  For the longest time, we sat and just took everything in, in the moments of silence you feel deeply-connected to this earth.  As if that was not enough, Bayala Lodge took us by surprise and had a Boma Braai under the stars when we got back – Zulu dancers and all. It was the perfect ending to an incredible day.  We all retired that evening deeply and forever affected by the experience.

The next morning bright and early again, we were ready for another unique experience.  We did a bush walk with Dave and Sam, now this is an interesting way to the view the bush: standing next to a giraffe, not just seeing it from a game vehicle, walking in complete silence for two hours, taking in the little and the big things, earthing along the way. Learning so much, with so little verbal communication.  It was another one for the books!  We climbed back into the game vehicle, thoroughly in awe and headed back to the lodge, only to be stopped in our tracks, jaws open, with so many delicious oohs and ahs as we saw an incredible breakfast set up for us in the middle of the bush – champagne and all!   Nothing is too much for this crowd! And pleasing their guests is a true mission of theirs.

Bayala is in the Mun-ya-wana Conservancy and with its humble and well-priced accommodation, everyone and their entire family can enjoy some game time away! The lodge itself has all the bells and whistles, the food was fabulous, the staff attentive.  A true experience from beginning to end, with the option to add as much or as little to your stay as you wish. I have done many game reserves, many game drives; this one affected me the most. Deeply touched by it, what they do there REALLY MATTERS!

A day in the life of a Baker