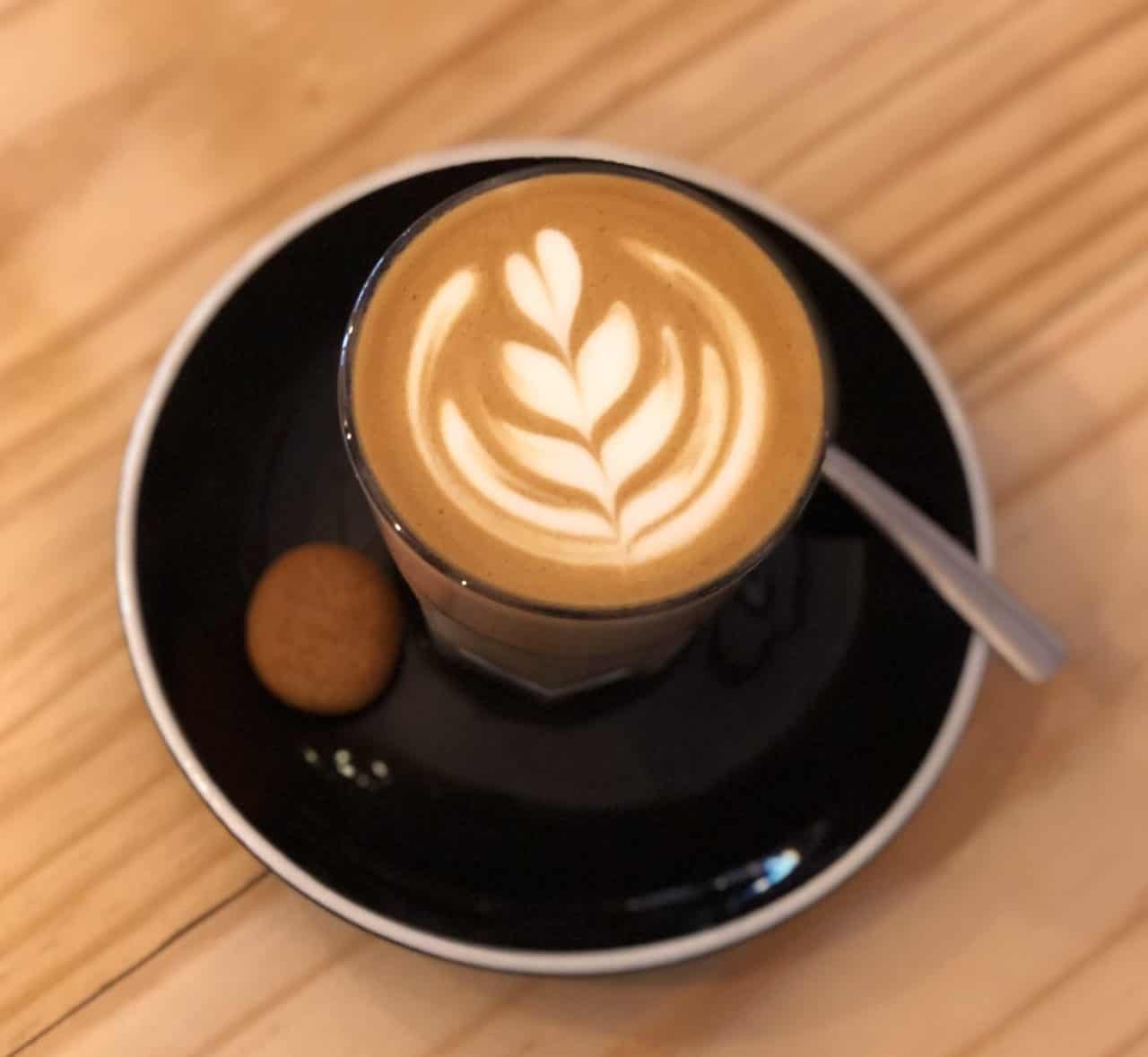 We caught up with Karl Desler, founder of Salt Rock Coffee Company and coffee connoisseur!

Upon entering Salt Rock Coffee Company in the Salt Rock Centre, one immediately feels at home. No matter the time of day, you will always find a wonderful energy in this space, filled with people relaxing, socialising, having meetings or getting some work done. Everything about Salt Rock Coffee Company is local, from the owner to the décor and those that visit the shop. It has that real Ballito feel, with a laid-back atmosphere and the delightful scent of great coffee! 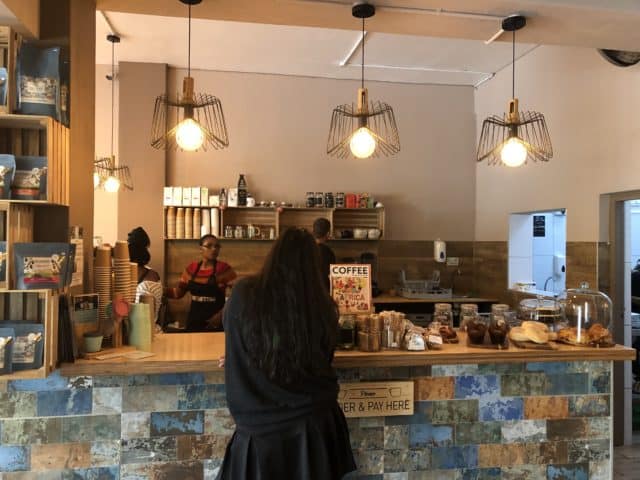 Founder, Karl, has always had a love for great coffee and has spent many holidays travelling around the world and sampling different coffee shops and beans. He had originally started an online site where he would direct people to companies who sold wonderful coffee, as a way of connecting them to quality coffee producers, and started selling coffee from a trailer by the beach. His customer base grew and grew until he thought that instead of having them all enjoying his coffee in the parking lot, why not have a dedicated coffee shop? And so, the first store was opened in Salt Rock Centre. After three months, the original space had become too small, and Karl and his team moved to their current, larger location in the same centre. While chatting to us about his new store, Karl pointed out that everything about the store itself was local and homemade. From the tiles that had been sponsored by a Ballito-based tile company, to the shelves that are made from crates and the logo that was developed by a local graphic designer, the visitors themselves had a role to play in setting up the shop as it’s known and loved today.

Another important aspect to Karl and his team is, of course, the coffee! This is their main focus and their pride and joy. Karl has a close relationship with Dario Scilipoti, founder of BlueBird Coffee Roastery, a Durban-based roastery, and this is where he gets all of his beans from. The beans are sustainably sourced and Karl gets first choice of some of the best coffee beans around, before all of the large chains get their pick. His coffee is also roasted in batches as and when he needs it, ensuring it is always fresh. The proof is in the pudding as the coffee really is something to write home about. From the quality of the beans to the way the coffee is prepared by his well-trained, talented baristas, it’s a big part of what keeps people coming back time and time again. Salt Rock Coffee Company sells their own beans and we were happy to see that all of their packaging is 100% recyclable. In fact, their beans are so good that they have been bought by people in the USA and Europe via Karl’s online store, which is still up and running. 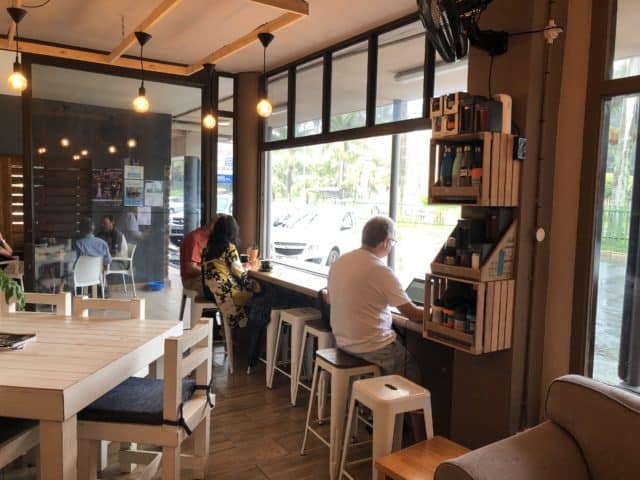 Perhaps one of the things we love most, and what Karl adores about his proudly local business, is the sense of community it offers and how it gives other local businesses and people a chance to connect with one another. You will often see people having their regular weekly meetings at the big table situated in the center of the shop or working on their laptops on one of the comfy couches. Karl says that there have been a number of business and personal relationships formed by customers who have met in his shop. While there are a lot of cafés in the area, there isn’t a place quite like Salt Rock Coffee Company for locals and visitors alike. Karl has also had a hand in training his baristas, as he himself was trained by the now KZN Barista 2020 winner and title holder, Kgune Dlamini. Karl’s baristas also look forward to competing in the Barista Championships next year.

If you find yourself in the area or are looking for a local place to enjoy a great cup of coffee, something to eat or a place to work or relax, Salt Rock Coffee Company is it! In addition to hot and cold beverages, the shop offers some delicious homemade eats, from fresh croissants and sandwiches made daily to delectable baked goods and confectionery made by fellow locals. Be sure to try their cappuccino or flat white, the two most popular orders!